Christoph Harreiß was born in 1983 in Nuremberg (Germany) and is state certified economist and master of gardening and landscaping.

Since the age of six he travels several times a year to date through various countries in the world. The impressions he gained are his templates for his fantastic gardens.

At the age of five years, it was already a lot of fun for him to help paving in his parents' garden. The following years he cultivated and beautified the garden continuesly. 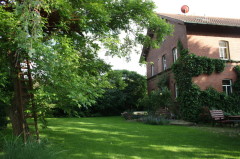 parents´garden
In September 1999 he started training after passing the middle of the maturity of the landscape gardener in a garden and landscaping company based in Fürth, which he successfully completed in July 2002.

In October 2003 he moved for eight months to the company﻿ Evergreen Landscapes in New Zealand. There he became acquainted with the mentality of the Kiwis and the dreamlike nature of the country.

After his stay abroad he worked until December 2009 as a foreman and master in a garden and landscaping company based in Heilsbronn. Working, he attended the Masters School in Landshut Schönbrunn﻿. In March 2008 he successfully passed the economist and master craftsman.

In April 2010 he founded the company GardScape private gardens by Christoph Harreiß.

Being self-employed﻿ he wants to bring his professional passion, his expertise and impressions of years of travel in the gardens to the people.
Back﻿ 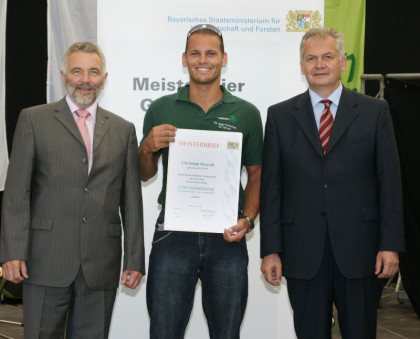 Christoph Harreiß on the graduation ceremony in New Ulm, 2008